Mr. Dye has 25 years of experience in private equity, general management, operations, strategy, corporate finance and M&A and served as an integral part of the private equity consortium that acquired Albertsons Companies and led its expansion through over $40 billion in acquisition, divestiture, real estate and financing transactions.

Andy Williams is among America's most pioneering thought leaders and entrepreneurs in the legal cannabis space.

As co-founder of industry-leading consultancy Medicine Man Technologies, Williams has expanded his influence exponentially - helping entrepreneurs in other states via his extensive cultivation expertise and unparalleled business acumen. As a founding partner in phytopharmaceutical company MedPharm, Williams is investing heavily in the future of pharmaceutical-grade cannabis research.

With years of experience in the world's first regulated market, Williams is a leading expert on the cannabis industry. He has been featured in The New York Times, Rolling Stone, CNN, The Wall Street Journal, BBC and the MSNBC docu-series "Pot Barons," which focused on Williams as one of the show's central characters.

Williams continues to elevate his politically active leadership in the ever-expanding marijuana industry, working daily to protect and grow the cannabis industry as a board member with the Cannabis Trade Federation, which works federally on tax reform and other industry-specific issues, and Colorado Leads, a pro-growth organization focusing its efforts locally.

He also serves as a board member for Flatirons Venture Partners, LLC, The American Trade Association for Cannabis and Hemp and as a voting member on ASTM Committee D37 on Cannabis, which is currently developing important standards for cannabis, its products and processes for the esteemed worldwide standards organization.

Williams is proud to serve as co-founder and director of the Medicine Man Family Foundation, a community-focused nonprofit investing in impact-driven projects rooted in the communities in which the Medicine Man brand operates.

DeGabrielle is a trailblazer in the cannabis industry and is the founder of Los Sueños Farms, one of the largest outdoor grows in North America. DeGabrielle brings more than 40 years of experience in acquiring, developing, managing, and selling commercial and residential real estate.

Joshua Haupt, recognized as "the Steve Jobs of Marijuana" is being recognized for his innovative growing technique and entrepreneurship in the Cannabis Industry, in addition to his inspiring story that led him there.

After being diagnosed with epilepsy as a young teenager, Haupt turned to cannabis to replace the harmful steroids and medications prescribed to him by his doctors. From there, his budding interest in the cannabis plant bloomed into a fruitful garden. And with countless hours of research and growing trials, Josh perfected his growing methodology. Now Haupt is the Chief Cultivation Officer of Medicine Man Technologies, author of Three A Light, and the owner of Superfarm, Success Nutrients, and Tall T Productions.

His method, morals and operations are radically revolutionizing the cannabis industry. Haupt was born in Hawaii and currently resides in Denver, Colorado.

Todd Williams joins Medicine Man Technologies as Chief Strategy Officer, with more than 24 years of consulting, strategy, asset valuation and M&A experience. In his most recent role in Corporate Development at Albertsons Companies, he managed the acquisition of over 1,600 operating grocery stores with more than $40 billion in sales and $10 billion in transaction value and was also responsible for divesting 168 stores with over $3 billion in sales. Previously, Mr. Williams has held asset valuation and management positions in real estate and commodity trading, as well as management consulting positions with Arthur Andersen LLP and Electronic Data Systems. He received a B.A. from DePauw University and graduated with academic honors. 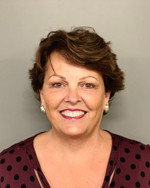 Huber is a senior level executive with a background on multi-functional management, financial and strategic planning, IPOs, M&A, SEC reporting, investor relations, intellectual property, and multiple systems implementation. She was, most recently, the CFO at Forward Foods LLC a consumer packaged goods company, from 2007 to 2019 where she oversaw improvements in revenue, gross margins, net sales margins, and EBITDA. Previously, she was the CFO of Bullion River Gold Corp, where she managed finance, HR, legal, and IT for the public start up gold and exploration and production company. She was also Executive VP of Operations and Finance and CFO for Western Multiplex Corporation, where she helped grow revenue 100% in two years and executed a successful public offering ahead of planned timing. Huber received her B.S. in Chemical Engineering at Purdue University and her MBA at the Kellogg School of Management. 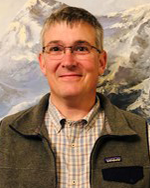 Mr. Dayton brings more than 25 years of experience in investment banking, corporate development, and strategic partnerships. More recently, he served as Vice President of Corporate Development and Strategy at Albertsons Companies. There he conducted research and due diligence on customer-focused technologies to grow Albertsons non-brick and mortar businesses.  Prior to that, Mr. Dayton worked in investment banking at UBS, Morgan Stanley and Citigroup, with a focus on retail, healthcare and industrials. He is an MBA graduate of the Kellogg School of Management and received his B.S. in electrical engineering from McCormick School of Engineering, both at Northwestern University. 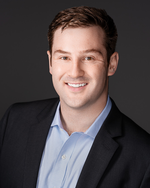 Collin Lodge comes on board as Vice President of Integration after six years serving as the Director of Corporate Development and Strategy at Albertsons Companies. He participated in transformational retail projects, including the acquisition of Safeway's 2,230 stores nationwide and the corresponding required Federal Trade Commission ("FTC") divestitures, one of the largest FTC decisions in U.S. history at the time. Mr. Lodge has also supported growth into new business segments following the acquisitions of MedCart Specialty Pharmacy and Plated, both in 2017. He has a history of establishing mutually beneficial strategic structures and brings significant integration and change management experience to the Company. He is an MBA graduate of Boise State University and received his B.S. in finance from the University of Idaho. 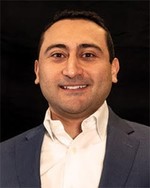 Originally from Yerevan, Armenia, Tigran graduated from The University of Colorado, Denver with a Cum Laude Bachelor's degree in International Studies and a minor in Law. After graduating, he pursued a professional career in financial services where he started in banking, later moving to investments obtaining his licenses series 7, 63 and 65 working as a Stockbroker. Most recently working as an External Financial Wholesaler, Tigran raised $300M in 2017 and $230M in 2018, bringing a wealth of sales experience with him to Medicine Man Technologies. Today, he works closely with the Board of Directors to create and execute a plan to grow the products and services offered by Medicine Man Technologies.

As a Sr. Consultant, Marc is responsible for following emerging markets, managing new and existing client relationships, and coordinating training efforts for licensees of Medicine Man Technologies. Marc has a background in pharmacy operations both in the manufacturing and retail space, with more than 10 years of experience. He holds a B.A in Marketing and Spanish from PSU and an M.B.A from Washburn University. Prior to joining Medicine Man Technologies, Marc worked for one of the largest privately operated pharmacy technology companies in the country, specifically focused on training and development, hardware and software testing and quality assurance.

As Sr. Consultant, Matt is responsible for following emerging markets, managing new and existing client relationships, and marketing and event management for the company. He holds a B.A. in Communication and Integrated Marketing Communications from the State University of New York, College at Geneseo. Prior to joining Medicine Man Technologies in 2015, Matt worked in the Media department at a prominent national advertising agency while overseeing the media planning and buying team and maintaining responsibility for client relationships across local, regional, and national media accounts. He has a strong background in organizational and interpersonal communication, project management, as well as expertise in marketing, business development and client relations. Matt is an avid skier and enjoys time spent within the National Parks.

Carrie Roberts is a Senior Consultant with Medicine Man Technologies. She has a BA in Sociology and Criminal Justice from Colorado State University. As a former Colorado POST Certified law enforcement officer Carrie is currently on the speakers' bureau for LEAP (Law Enforcement Action Partnership), an international, non-profit, criminal justice reform agency speaking to both policy makers and the public regarding criminal justice and drug policy reform measures. In this capacity, she is able to provide cultivation and dispensary facility tours, educational presentations and actionable intelligence for law enforcement and legislative officials in states where marijuana legalization is unfolding. She helps those government officials understand how legalizing, taxing and regulating marijuana increases public safety, improves the criminal justice system, enhances racial justice, protects young people, safeguards patients, saves resources, bolsters public health, and generates revenue. Carrie is also on the standards creation board for FOCUS (Foundation of Cannabis Unified Standards), an independent, non-profit, third party source for the creation of cannabis standards. In addition to her law enforcement experience, she has over 13 years of entrepreneurial business experience. As a private investigator, she began the nation's first mystery shopping company focused exclusively on the cannabis industry to help dispensary operators focus on maintaining compliance, setting standards, and delivering superior customer experience. She has a strong business background in strategic consulting and strategy development, as well as expertise in marketing, business development, and customer experience management.